January 29, 2019
For the past ten years, my sophomore English class has studied The Great Gatsby every fall. It's one of my favorite books and it typically--and quickly--became a favorite of about half my class, at least. I loved teaching it, but there was a doubt that niggled at the back of my mind: for a lot of my students, the book was just too hard. They could understand the story and produce incredible insights about human behavior and the American Dream, but they couldn't read the novel themselves. We would have to read large portions of the text out loud in class, and they'd need a healthy dose of guidance. And to be honest, that guidance often meant I was doing more mental work than they were. I love the book, but the truth was, I didn't love teaching it because deep down I knew that it wasn't good teaching.

I don't really let go of things easily. I keep the brochures from tourist sites and museums. I keep clothes even after I've replaced them with better things (or better fitting things). I surround myself with photos in my home and at work. I carefully cull books and mementos. Part of it is my aversion to change. Part of it is my susceptibility to nostalgia. A lot of it is just plain stubbornness. 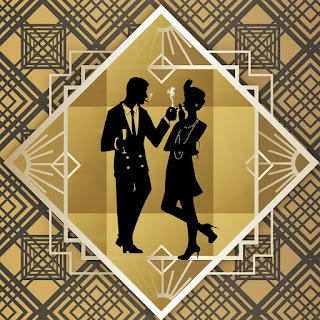 In general, my death grip on life and the artifacts that make it up isn't really an issue. But every once in a while, it means I carry around baggage that's better left in the past. I started by giving up The Great Gatsby. It resulted in radically changing the curriculum order and units in sophomore English, and while the new things weren't perfect, I could tell they were a step in the right direction. Shelving Gatsby was the right decision; I still love the novel, but I can read it on my own time.

That was my first release of the school year, but it wasn't the last. As a teacher, I tried new units in the hopes that I could do something better. I was open to change and kept experimenting even more than usual. And it's been a good year. But the more powerful releases started happening in my personal life. I decided that if something wasn't serving it's purpose, it was time to let it go.

I cleaned out my kitchen cupboards from top to bottom. Same with my closet and my bookshelves. And then it got harder. I let go of a person who meant a lot to me, but who had just hurt and frustrated me too many times to count. I set firmer boundaries for myself when it came to being available to my students, especially as a coach, letting go of the need to be perfect, to be all things to all people. I just kept letting go. And suddenly, my life felt lighter.

I haven't quite perfected the system yet. I'm better at letting go of things than I am emotions and people. I tend to dwell. And my propensities to self-righteousness and indignation mean that I don't get over things quickly; I'm still waiting for an apology that I know will never come. I nurture grudges far longer than is useful. And I haven't quite been able to put away the nostalgia.

Because sometimes letting go is freeing, but make no mistake--it is a loss. Letting go of people, in particular, means giving up a lot of goodness. That's been the hardest release of the past few months. It's the one that I'm most tempted to reverse. Because despite all the bad, there was a lot of good. I've filled some of the gaps left behind--I convinced my coworker to start watching Drag Race with me and now I rely on Spotify to give me good music suggestions. But there will also be gaps that can't be filled--memories that meant a lot to me at the time. That still do. Then I remind myself it doesn't do to dwell on good memories, no matter how lovely they were. Putting someone (or something) behind us often means re-framing the past, looking at it in a new light. And that dims the shine of certain moments. It tinges them with sadness and regret because we have to remember that, ultimately, they ended up somewhere darker. Such is life, I suppose.

So I gave up Gatsby. And a friend. And all the other clutter that wasn't serving me. Sometimes I remember it all fondly, and a flicker of regret flashes past, but then the present calls and it's gone. The past six months have been the best I've had in a long time. I've been unabashedly happy, and that's worth celebrating. In the end, letting go--of everything and everyone I said goodbye to--was probably the right decision. Even if it means the bouts of nostalgia are potent at times. Even if it means that I'll never get to say everything I want to say or get the apology I think I deserve.

Even if it means my absolute favorite book collects a little dust. 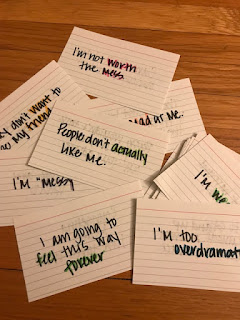 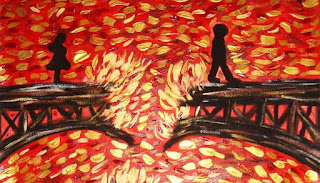